How to celebrate Saturnalia

You don’t need to be ancient or Roman to have some winter family fun like the Romans did!

Saturnalia was the ancient Roman winter celebration held in honour of the god Saturn. Many of today's Christmas traditions come from this celebration. Originally Saturnalia was held on December 17th but was later expanded from the 17th through to December 23rd. It was a time to stop all things ‘serious’, let go, and have fun. Unfortunately, Emperor Augustus (27BC – AD14) shortened the week to a three-day holiday because it was getting a bit too rowdy, rumbustious, and chaotic! The merry making of ancient Roman culture included exchanging gifts, feasting, party games and even decorating a tree.

It would have been very busy in the commanding officer's house at this time. Aurelia, the wife of the commanding officer at Arbeia Roman Fort wants to help you and your family create an authentic Saturnalia experience. Follow her easy steps to festive fun and see if you can spot any traditions in Saturnalia that are similar to your holiday traditions. Share your Saturnalia celebrations on our Facebook page by posting your creations, photos, decorations and recipes!

Unfortunately at this current time we can not offer our full family programmes in the museums but we have created lots of online learning activities for you to enjoy.

More online activities from our venues:

Find out about Marvellous Mondays : Home from Segedunum Collections.

Take part in Take One Treasure Challenge - activities inspired by the museum collection. 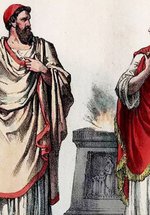 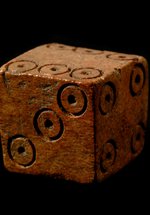 Crafty Romans for schools and home

A new cross curricular resource for schools and home learning.