Who were the people that built the Fort in AD 160? Who lived and died here?

Arbeia holds one of the finest collections of Roman finds along Hadrian's Wall and nearly all were discovered in and around the Fort from excavations that have taken place over the years.

Set in Stone delves deeper into the lives of those who lived and worked at the Fort as well as those who helped build it in AD 160.

Who were the soldiers that guarded the entrance to the River Tyne? What supplies were kept on site to aid the rest of the forts along Hadrian's Wall? Who were the civilians that lived in and around the Fort walls?

Highlights include the Regina and Victor tombstones, two of most important Roman tombstones from Roman Britain. 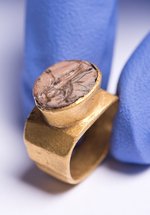 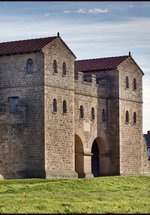 Arbeia is home to some of the UK's finest Roman reconstructed buildings. 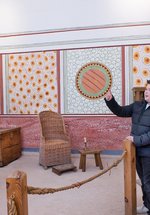 How did the Commanding Officer of Arbeia live compared to the rest of histroops?… 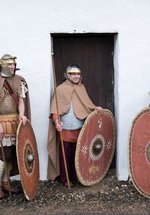